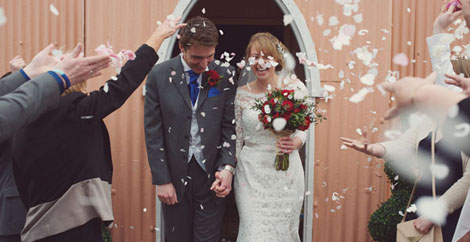 Hollie & Darren on their happy day

One of my closest friends got married last year in a wonderful and unique ceremony that has lead to many interviews & features on different websites!! Hollie and Darren were married on April 27th 2014 at the Kent Life Museum in Maidstone, and created a day which suited them down to the ground – with a theme described as rustic, vintage and with a twist of historical Britain.  The venue was fabulous, and they really made it their own with a red, white and blue colour scheme running throughout, with flowers in jars, homemade bunting and photos of the bride & groom during their 12 and half years together.  The wedding breakfast tables were named after the Knights of the Round Table, and Darren created a brilliant shield to display the table names on scrolls.  The cake followed this historical theme, with a shield displaying Hollie & Darren’s initials, and a sleeping dragon cuddling a gold heart. 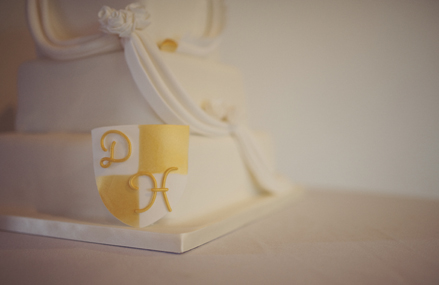 Now, I suspect Hollie and Darren’s decision to ask me to only decorate the cake was fueled by my minor fire incident with Hannah’s wedding cake just two months earlier!! 😉  But also because the pair of them are just so nice that they wanted to minimise my stress levels too!  So they decided to buy three tiers of cake from Marks & Spencer, and my task was just to stack them and decorate them.  As the decoration was to be very simple and elegant, I wanted to make sure everything looked as good as possible, and so after stacking the tiers, I used royal icing to fill all the gaps between each tier – much like using sealant around the bath!!!  I thought this little touch helped make it look neater and more professional, and created a lovely canvas for the rest of the decoration.  I made several little roses from modelling paste, and had my first attempt at making some drapes to flow down the tiers.  I cut out some shield shapes and dried them with a slightly curved shape, ready to spray with a gold shimmer spray and add their initials too.    Luckily I didn’t break any and the spares weren’t required!  As expected, the dragon was the hardest part of this cake..  I haven’t worked with modelling paste very much, and spent quite a while trying to mould the right shapes and piece him together.  Hollie and Darren had a clear vision of what they wanted – even down to the shape of wings they wanted which was based on a wooden dragon they had at home! 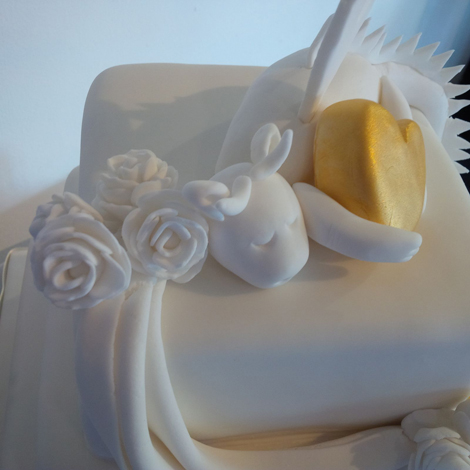 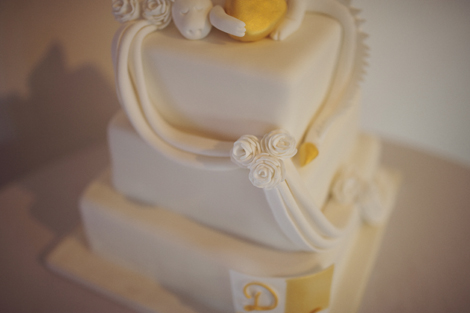 Luckily, they were really pleased with what I managed to do, and even though it was quite an understated design with muted colours and just a little pop of gold, it was ideal for their theme and was a lovely addition to the elements Hollie and Darren had brought together for the day. 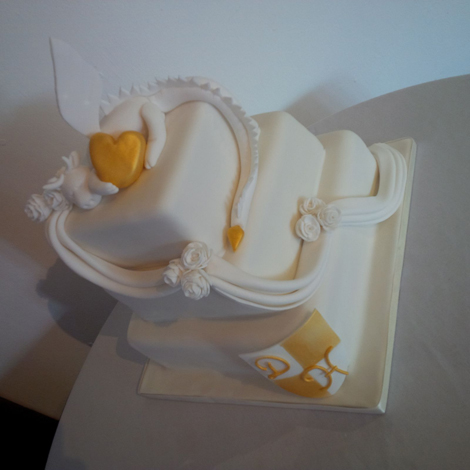 As I mentioned, following the wedding Hollie received multiple requests for interviews and for articles to be written about her and Darren’s day, a few of which she accepted, avoiding the ones from abroad which they were unsure of!  One such lovely article was published on the following wedding blog:
http://english-wedding.com/2014/06/village-hall-wedding/
I was excited when Hollie told me my website was listed under the ‘suppliers’ list on this blog! 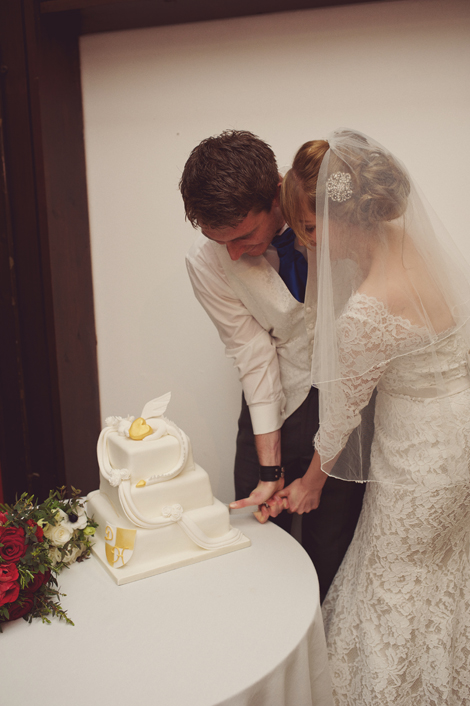 Finally, I must just reference their amazing photographer, Rebecca Douglas, who captured their day brilliantly, and whose pictures I have included here:
www.rebeccadouglas.co.uk
www.facebook.com/rebeccadouglasphotography
www.pinterest.com/bxdouglas
@bxdouglas