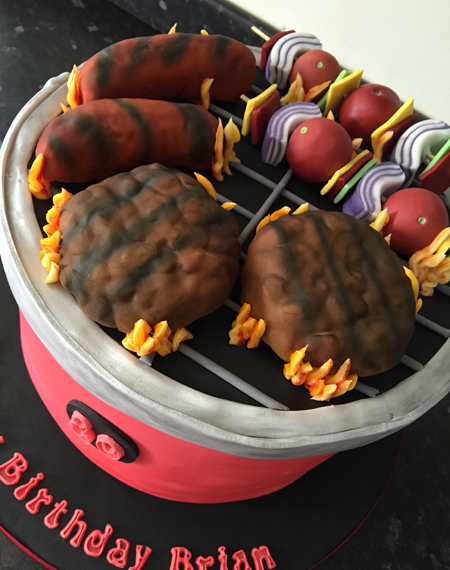 This year has seen lots of big events already, including my mum’s 70th & her partner Brian’s 80th. I’m going to start blogging with Brian’s cake, as I just made that for his BBQ celebration yesterday – it was an excellent day with brilliant caterers in charge of all the BBQ cooking & a wonderful live jazz band. His big beautiful garden was the perfect setting for it, and the weather was excellent too. As he loves a BBQ, I thought what would be better than a BBQ cake 😁 !

So, I baked two 10″ chocolate sponges, sandwiched with chocolate buttercream, and two 10″ Victoria sponges, with jam & vanilla buttercream. As it was going to be a big cake, I didn’t want it all one flavour, so the guests had some choice. I made a dark chocolate ganache and a white chocolate one too. I used the ‘straight edge’ technique to smother the cakes with the yummy ganache, but didn’t worry about getting it perfectly smooth.  Here you can see the chocolate cake with the Victoria sponge stacked on top (with dowels for support). 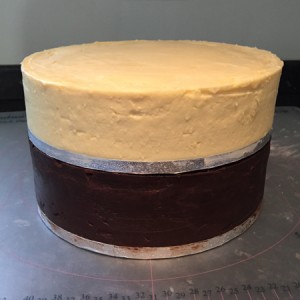 The two cakes stacked and ready for covering!

I then wrapped red fondant around it all, and covered the top with a circle of black fondant. I added a silver edge, which I painted to help add a metallic look. Next I added some rolled fondant to make the grill top. Then was the most fun bit! I didn’t want solid fondant decorations on the top as not many people would want to eat that, so I made some rice crispie treats to shape into burgers & sausages, which I then just covered with a thin layer of fondant. And then…. I braved the airbrush!!! I haven’t used my airbrush much before, & wondered if I was being a bit ambitious, but I think I did quite a good job! Here you can see the stages of making a burger 😊 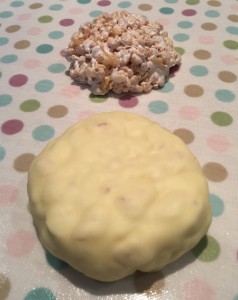 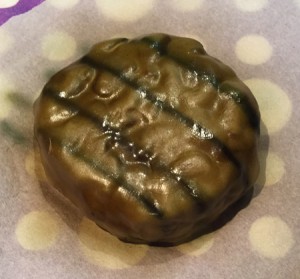 The ‘burger’ after my airbrushing attempt

And I also made some vegetable kebabs, using fondant & some rice crispie treats for the tomatoes. 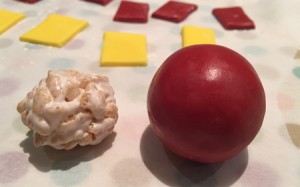 I rolled small pieces of the rice crispie treats in red fondant to make the tomatoes, & used rectangles of fondant for sliced pieces of peppers.
I also airbrushed my fondant covered cake drum black, to save on the cost of buying black fondant. 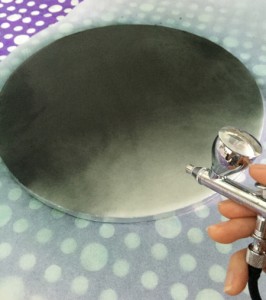 Once I placed all this together & the toppings on top of the cake I was thrilled with it. 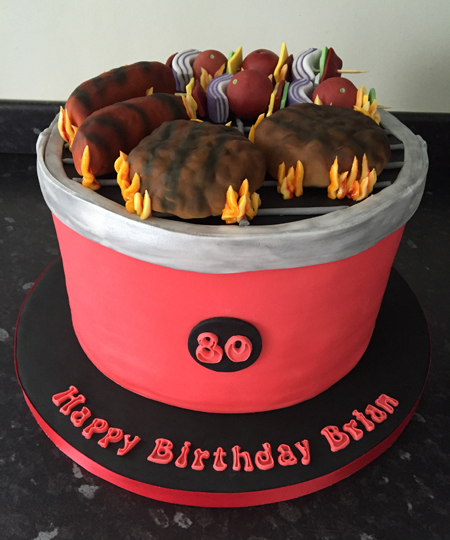 The final touch was to add some buttercream flames, which just added a little extra colour & completed the cake. 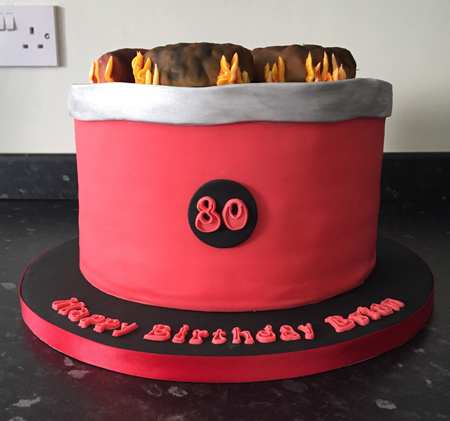 Ready for the BBQ 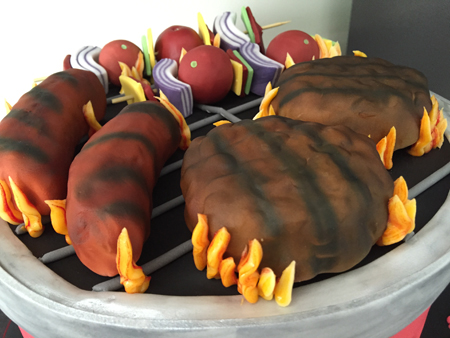 The cake was a real hit, although many of us were too full up from the BBQ to eat a full slice!!!

One thought on “A big birthday BBQ!”